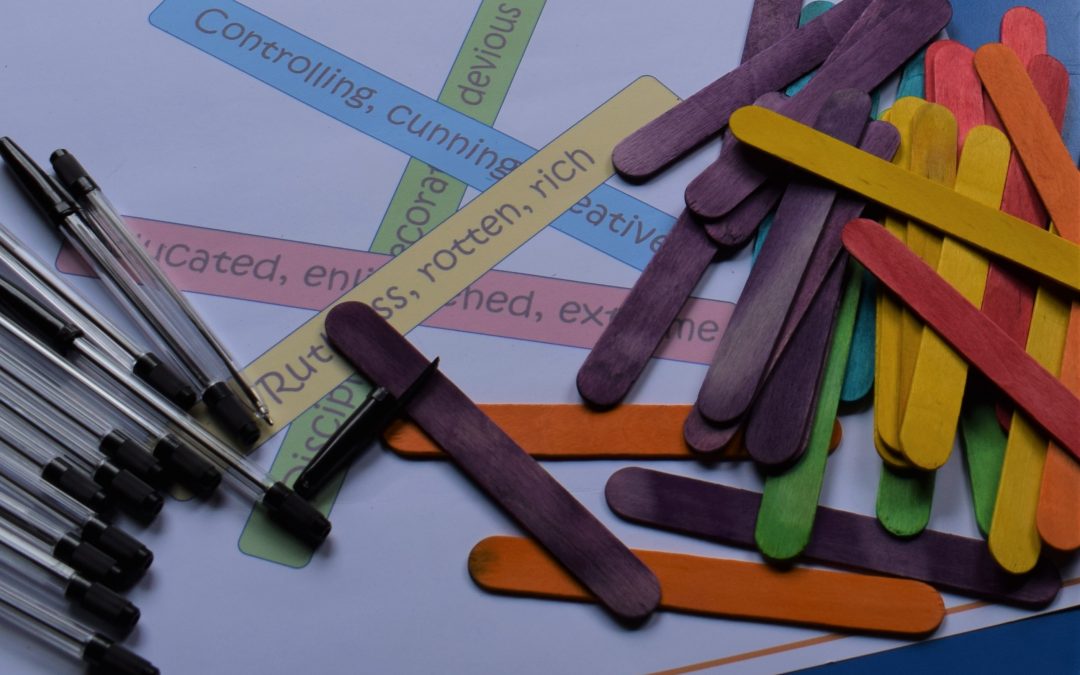 It may be Valentine’s Day but the three little words I’ve been looking for don’t have a great deal to do with hearts and flowers…I’ve been trying out a low-tech, low-cost, water-proof, non-invasive – and fun – technique for gauging the messages carried away by people visiting heritage centres, and to get an idea of how other groups current perceive the Iron Age and Roman people who once lived Britain. My methodology involves coloured wooden lolly sticks (‘memory sticks’) and biros! I’ve been asking visitors at various venues to help our research by taking a stick with them on their visit, and thinking about the three adjectives that best sum up how they view the people they are learning about. At the end of their tour of the site or museum, they were asked to write the three words on the stick and add their age and postcode to the back (giving me a little demographic information), and to drop off their stick before leaving. 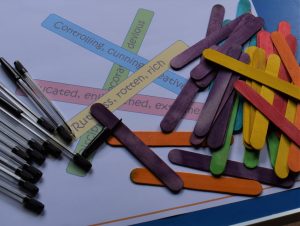 Wooden lolly sticks – a handy way to capture impressions, even in the rain!

The idea was to find a way to gather impressions in a way that didn’t impact on their enjoyment of the visit, was easy to complete (and suitable for all ages), but also prompted them to think a little more about the people who once lived in the place they were visiting. The lolly sticks seemed the perfect solution: unlike paper they are waterproof and windproof, provide a hard writing surface, and don’t get torn or crumpled in pockets. The task is quick and easy, and visitors seemed to enjoy the challenge, with families helping each other and have discussions about their chosen words. Kids seem to relate to the idea being familiar with the Horrible Histories titles like ‘Rotten Romans’ and ‘Cut-throat Celts’.

At Roman Vindolanda in Northumberland, the ‘memory sticks’ became ‘wooden writing tablets’, and visitors were asked to think about the Romans who lived there. Over two days, 132 people took part, and 111 sticks were returned, with a total of 328 words or phrases. Of these, 240 were adjectives that were unambiguously intended to describe the Romans at Vindolanda. The most commonly used words were ‘clever’ (17), ‘organised’ (15), and ‘ruthless’ (12), followed by ‘strong’, ‘creative’ and ‘innovative’ (7 each). Many of the words fell within themes, the most common including words relating to ‘Military might’ (43), ‘Organised’ (35), ‘Intelligent’ (27), and ‘Creative’ (26). Age seems to make a difference: under 15-year-olds focused on military might, intelligence, and resilience, but gave many more negative adjectives (eg ‘ruthless’, ‘mean’) than the adults, who were more concerned with organisational skill, work ethic, and forward-thinking. Might this be related to the ways in which the Roman past is presented to children at Key Stage 2 of the Primary curriculum? 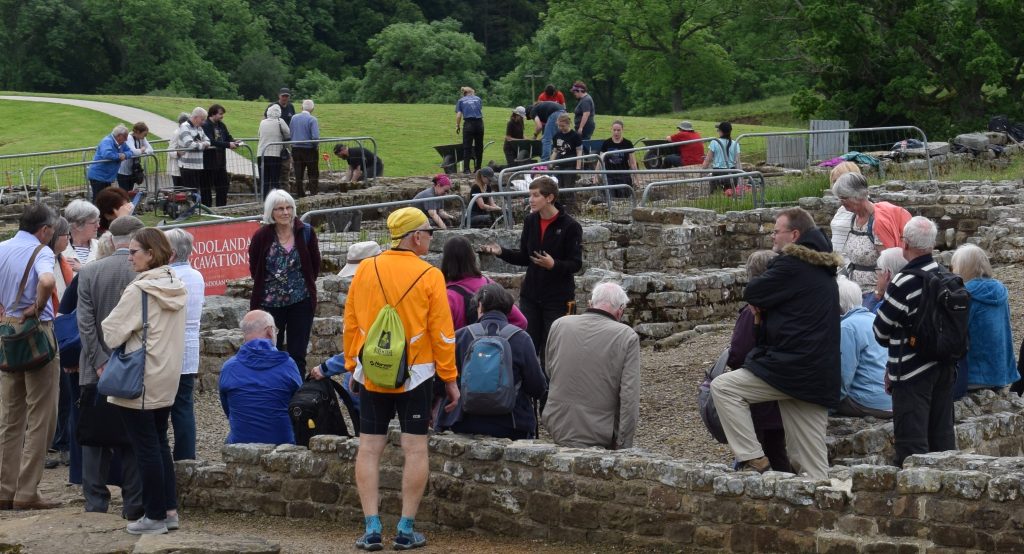 Visitors to Vindolanda learn about the people who once lived in the vicus – but what words will they pick?

At The Scottish Crannog Centre in Perthshire, the focus switched to the Iron Age inhabitants of Loch Tay. A total of 104 people took part during the week, providing 299 words. As at Vindolanda, a number of themes emerged, the most common including words meaning ‘Resourceful’ (63), ‘Clever’ (37), ‘Hard-working’ (37), and ‘Hardy’ (30). The keen eyed will spot a considerable overlap between perceptions of Roman and Iron Age people. Both heritage venues were keen to stress that the inhabitants of their respective sites were resourceful, innovative, skilful, and intelligent – and focussed on their achievements and knowledge using evidence from construction techniques to finely-worked artefacts. The aim seemed to be to dispel any misconceptions that ‘ancient’=’less capable’ with the underlying message that ‘they were a lot more like us than you might imagine’. This is something I’ll be looking at in more detail at other sites I visit. 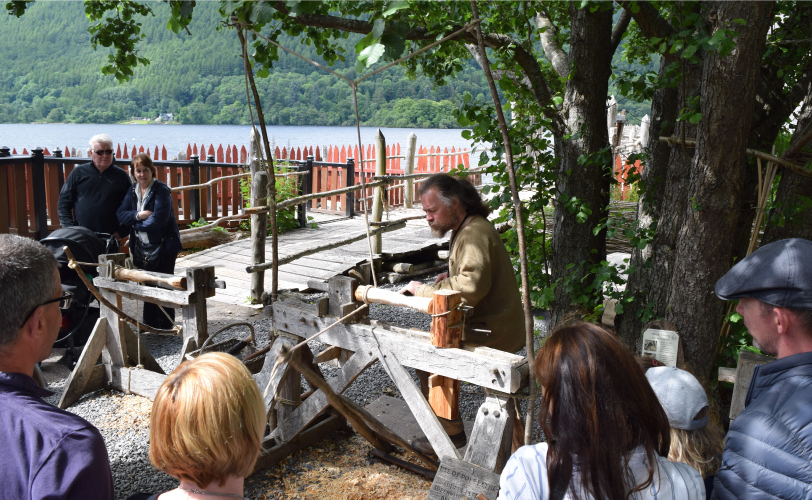 I’ve also tried the lolly stick technique on students and archaeologists. After a seminar given in the Archaeology Department at Bournemouth University, I asked the audience to each complete two sticks – one for Romans and one for Iron Age people, colour-coded for ease of identification. I did the same after a lecture to students at Durham University. It will be interesting to see how these differ from the responses given by heritage visitors…watch this space!