On tartan trousers and the origins of golf 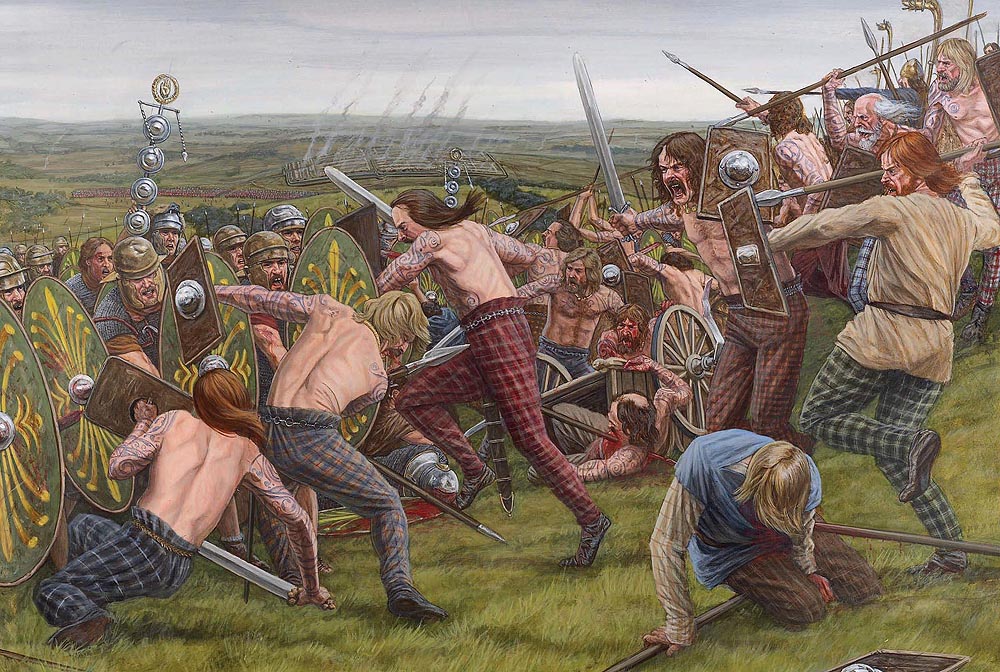 Today, the brightly coloured patterns of tartan weaves are a fundamental element of the national, ‘Celtic’ identity of Scotland and, to a lesser extent, of Ireland. A quick check of the ‘House of Tartan’ index suggests it has spread a long way around the modern world. But where did it really all begin? Discoveries of well-preserved textiles at the Hallstatt salt mines in Austria demonstrate that tartan was in fashion in the Celtic world of Central Europe in the 8th-6th centuries BC – long before it was used to distinguish the clans of Scotland in the late 17th century. The earliest tartan in Britain does, however come from Scotland: the Falkirk Tartan was stuffed into an earthenware pot containing almost 2,000 Roman coins, found very close to the Antonine Wall. Dating from the 3rd century AD, it is herringbone twill with a checked pattern of natural light and dark wool. Similar weaves have been found in a number of Roman provinces and other parts of Northern Europe. A simple check fabric was recovered at Vindolanda, on Hadrian’s Wall. This was also made of dark and light wool yarns, although it once had a touch of ‘lichen purple’! Although check patterns were perceived by the Romans as characteristically Celtic, they are found on clothing throughout pre-Roman and Roman Iron Age Europe.

That well-known Celtic fashionista, Boudicca, is often depicted in tartan. This all stems from the description provided by Dio Cassius, writing over a hundred years later in his Roman History. He may have been repeating commonly held views of the appearance of Celtic women.

“…she wore a tunic of many colours over which a thick mantle was fastened with a brooch.”

The ‘tunic of many colours’ has often been translated as being of tartan cloth and depictions of Boudicca usually feature some version of the checked weave, even in 21st century computer games. 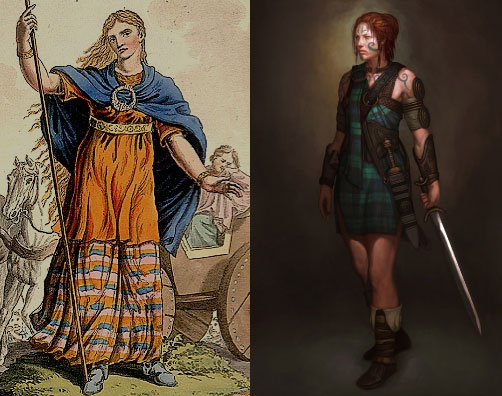 Tartan trews and and the sport of ‘paganica’

Celtic warriors can also easily be identified in illustrations by their tartan trews (and painted bare torsos). This particular fashion statement was in favour long before London punks decided it was an expression of discontent against modern society in the 1970s. Tartan-like leggings were found on the ‘Cherchen Man’, a 3,000-year-old mummy found in the Taklamakan Desert, China. Analysis of the textiles suggested strong links with the ‘tartans’ found at the Halstatt salt mines, and DNA analysis shows the man to have been of European ancestry, making sense of his tall stature and red hair.Tartan has, of course, long been favoured by protagonists of that very ‘Celtic’ sport: golf. Although the modern game began in 15th-century Scotland, its ancient origins are debated with some historians linking it to a Roman game, ironically named ‘paganica’ in which players hit a leather ball stuffed with feathers using a bent stick. One theory asserts that paganica spread throughout Europe during the first century BC, as the Romans conquered the continent. If  you’re wondering what Roman golf may have looked like, take a look at Sandy Young’s blog, with pics shot on the Antonine Wall at the Westerwood Golf Course – or see the cartoon below! 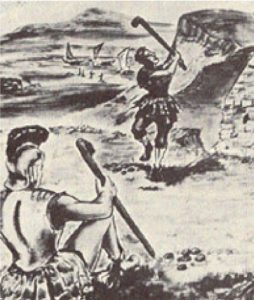 Roman golfers aiming for an ‘eagle’? Image from http://site.rockbottomgolf.com

So where does this leave us? It seems that tartan – the cloth so strongly associated with modern Celtic identity, really did have an ancient Celtic origin, possibly in Austria. But the earliest British example comes from a Roman pot found with a hoard of Roman coins near the Antonine Wall, and checked patterns are found throughout both pre-Roman and Roman world – including Vindolanda…and China. And the ‘Celtic’ game of golf may have its origins in Rome. Confused? Me too!