Somewhere or anywhere? Place-making and identity, ancient and modern 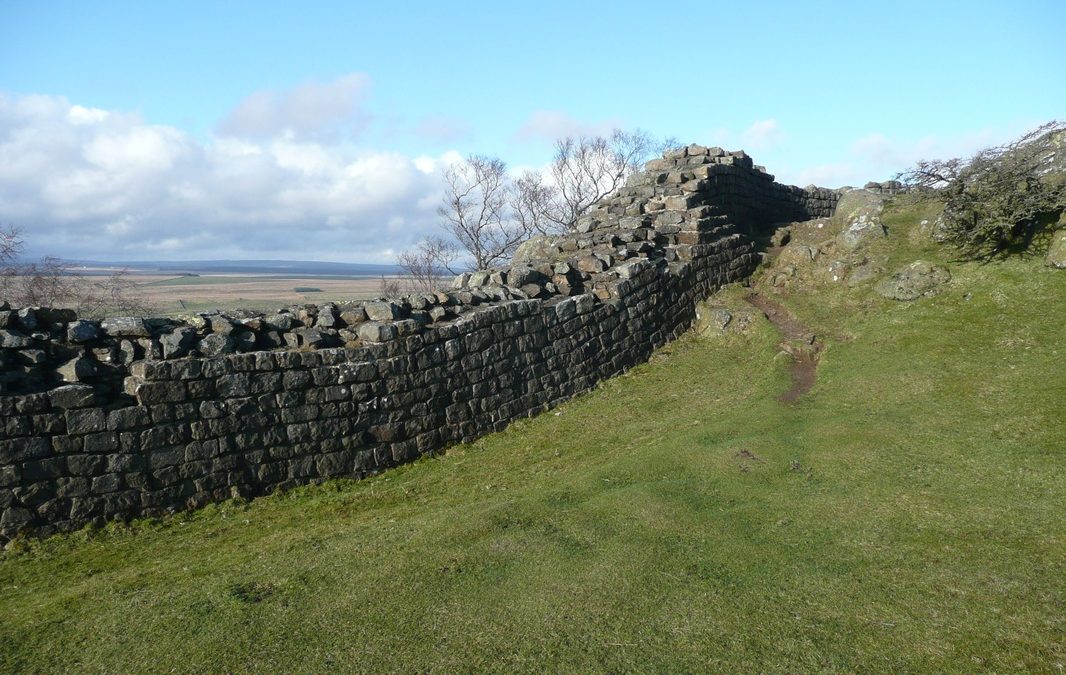 Part of the Ancient Identities Today project will involve looking at the many Iron Age and Roman places – both remains and related visitor centres – across Britain. Ultimately, we’ll produce a document reviewing the character of these sites, and the diverse interests of different stakeholders. This week I started making a few lists to try and determine the size of the task ahead, and have been thinking about the role of particular places in constructing identities and relationships – both past and present.

Having spent a few years researching British rock art, I’m very familiar with the universal human urge to make and mark places in the landscape, and the concept of topophilia – that strong sense of place that can be bound up with culture and family.

This attachment to places can operate at many scales and, beyond creating a connection to ‘home’, is also fundamental to ideas of national identity:

“The landscape…is part of the way in which identities are created and disputed, whether as individual, local or nation-state” (Bender, 1992: 3). 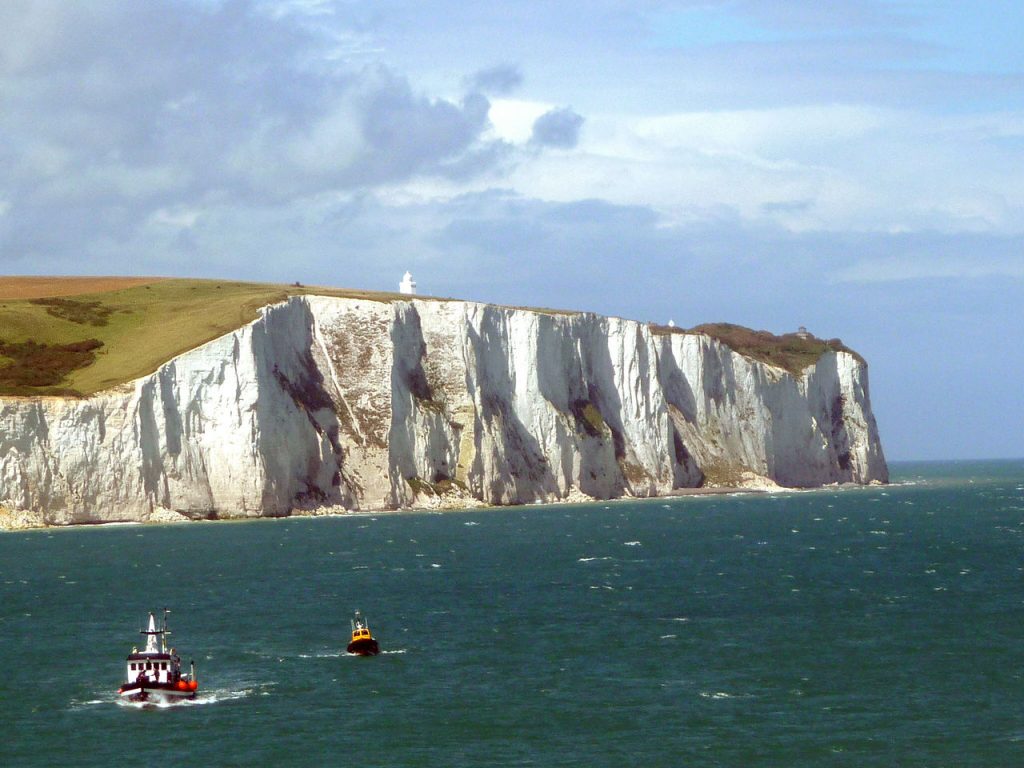 The White cliffs of Dover: a sentimental view of ‘home? What landscape feature gives you a warm feeling? What marks your territory? Image by Immanuel Giel (CC BY-SA 3.0)

If places are powerful in themselves, then those with extended histories, with iconic architecture, or associated with ancient events or people, can be even more so.

“I think much of our national identity stems from our attachment to the past, our fondness for the traditional, our love of the ‘old’. Kevin McCloud, trailer for Great British Buildings: Restoration of the Year, Channel 4, 2017.

Perhaps the most obvious example in our current context is Hadrian’s Wall, so often used in modern narratives to represent divisions between ‘them’ and ‘us’. But more modern structures can also rapidly become part of the collective identity. The Angel of the North has become a much-loved icon since it arrived in 1998, and now rivals The Wall as an emblem of the North East. 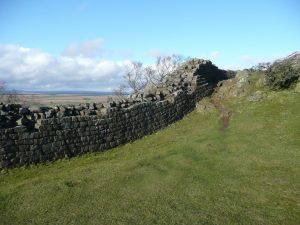 Walls are certainly making a come-back in modern assertions of nationhood. Image: talesofthefrontier.org 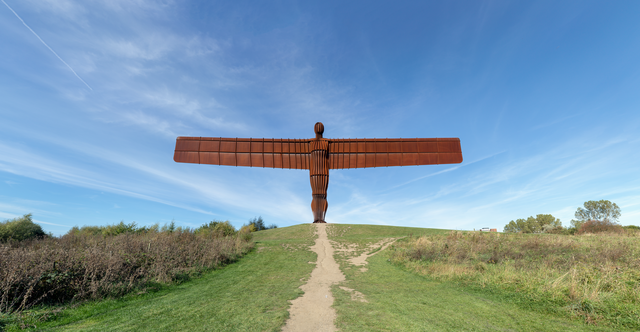 Indigenous vs foreign; rooted vs mobile?

As we have seen in previous blogs, both historical and contemporary representations of Roman-period Britain tend to contrast ‘indigenous’, ‘traditional’, Iron Age Brits, rooted in local landscapes, with the incoming (‘invading’) Romans with their ‘multicultural’, ‘progressive’ outlook and ‘mobile’ society. Extensive, pre-existing Iron Age connections with Europe are often overlooked, and the focus is on the new cultural package imported from the southern Mediterranean. 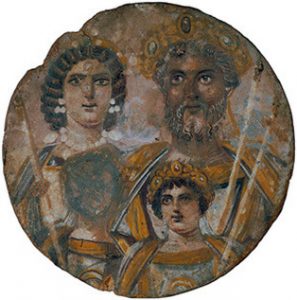 Septimius Severus (AD 145-211) – a multicultural Roman in Britain. His father was from Libya and his mother was Etruscan; he married a Syrian. Educated in Rome, he campaigned in Spain, Syria, Gaul, Sicily, Mesopotamia and the Balkans before coming the Britain in AD 208.

Whether real or imposed, ideas about imposed cultures and empires, and of ‘local’ and ‘foreign’, inevitably colour the ways in which we think about our place in the world today. The extent to which we feel committed to ‘home’ makes a difference, and is perhaps reflected in the recent votes in the UK and US. Last week, I was struck by a slightly different analytical twist offered by David Goodhart, who defines two groups of people: the Anywheres and the Somewheres. [See BBC Viewsnight].

Goodhart suggests that ‘educated, mobile people’ see the world from ‘Anywhere’; they value autonomy and fluidity. He contrasts this group with ‘more rooted, generally less well-educated people’ who see the world from ‘Somewhere’; they prioritise group attachments and security. (He does acknowledge many subdivisions, and a large ‘inbetweener’ group.) Anywheres, he says, make up 25% of the British population and Somewheres about half, with more than 60% of people living within 20 miles of where they grew up. Goodhart suggests that this could explain recent political results, with the more numerous Somewheres finding a voice to oppose the more politically and socially dominant Anywheres.

Back in ancient Britain…

Attachment to place can be clearly seen in the siting of Iron Age forts and brochs within the British landscape. They once marked the territory of local Somewheres, commanding loyalty and allegiance, and providing a secure refuge. They exploited the natural topogrpahy: hilltops with steep scarps, and coastal promontories. Contrast this with the military sites constructed by the incoming Roman Anywheres. Their forts, walls, and roads were all about controlling the landscape and its inhabitants. They were built in logistically strategic places – along frontiers and roads, at ports and river crossings. Over time, of course, ‘inbetween’ places developed around them, as Anywheres put down roots and Somewheres developed aspirations beyond old tribal loyalties.

The messages conveyed by interpretation panels, in guidebooks, at visitor centres and museums all contribute to the re-creation of ancient places in the modern imagination. Some ancient places are even physically recreated. This ‘authorised’ heritage values sites and monuments primarily for their authenticity, age, and aesthetics, and tends to be conservation-led but Laurajane Smith (2006) argues that heritage could be better thought of in terms of the processes through which identity and community are formed. The ways in which we each personally relate and respond to these places of heritage is certainly heavily dependent on our own sense of identity, and where we lie on the Anywhere—Somewhere spectrum. I look forward to seeing how these dimensions are reflected in the discussions I hope to have whilst spending time at some of these sites over the next couple of years. I will, of course, need to bear in mind my own personal Anywhere/Somewhere perspective!