We are of an interdisciplinary team of senior and junior researchers located in Durham Archaeology, the UCL Institute of Archaeology and  Durham Anthropology. Meet Richard, Chiara, Kate and Tom! 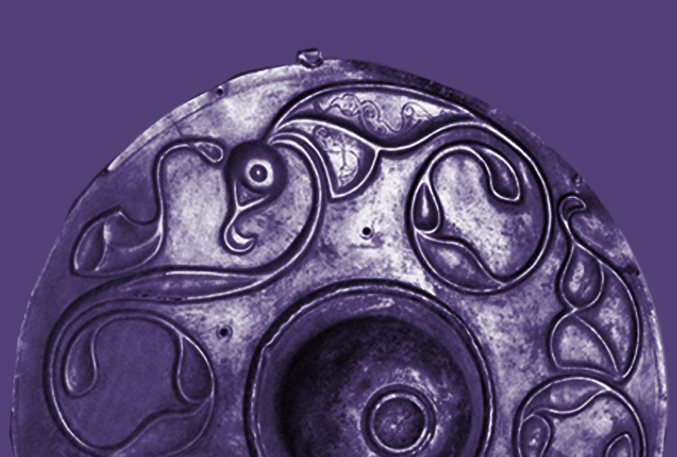 Richard is Professor of Roman Archaeology in the Department of Archaeology, at Durham University. His research focuses on Roman imperialism and archaeology in the Western Roman world, and on how knowledge of the Roman past has been transformed over time.

In this project, he oversees the two teams working in Durham and London and provides specialist advice on aspects of Iron Age and Roman Heritages. He has coordinated a number of research projects on which Ancient Identities builds. These include Tales of the Frontier and its Follow-on.

Chiara is Lecturer in Heritage at the University of Stirling. Her research focuses on heritage and identity, political values of the past and digital heritage.

In this project she coordinates the team based in Stirling, who works on the analysis of digital culture, using digital methods ranging from ethnography to crowdsourcing and text mining. Chiara is also co-founder of the MicroPasts crowdsourcing platform that is used in this project as a method for collecting and analysing web data.

Tom is Associate Professor in the Department of Anthropology, at Durham University. His research addresses the practices and social relations through which expert knowledge is produced and circulated. Rather than understand such knowledge as abstract propositional claims, his work demonstrates how expertise is grounded in a range of practices that are indissolubly social and material.

In this project, he coordinates the ethnographic work undertaken offline by the Durham team. Previous projects include Materiality, Authenticity and Value in the Historic Environment.

Kate is Post-Doctoral Researcher in the Department of Archaeology, at Durham University. She is undertaking offline ethnographic work as part of the project and her research interests focus on British Rock Art and its recording, on landscape archaeology, heritage management and interpretation.

Amongst other things, before taking-up this position she was Post-Doctoral Researcher on the Follow-on project linked to Tales of the Frontier. In this capacity she has collaborated with Richard Hingley and Rob Witcher to create impact and pathways to public engagement.

In this project, she is responsible for database management and contributes to the development and application of methods of web data retrieval and analysis . She also helps with the communication of the research progress through social media.